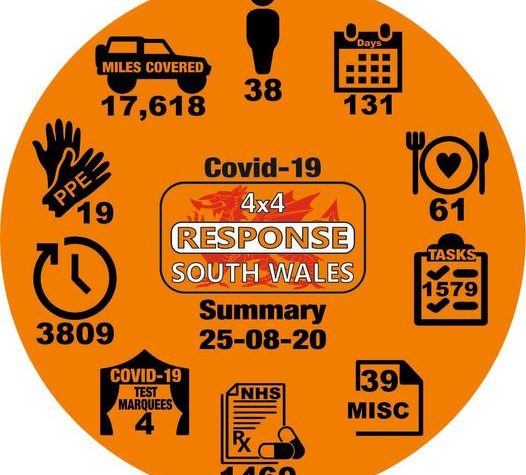 After the best part of five challenging months our 4×4 Response South Wales volunteers have completed their final COVID19 tasks. Our group was the first 4×4 Response group in the UK to take on COVID19 tasks and as a result the majority of other regions have followed suit. As a result of how well our group has dealt with providing support to the most vulnerable in society during the COVID19 pandemic, many agencies are coming to ourselves to set up formal contracts to have support over the challenging winter months ahead. Massive praise must go to our regional controller James Ward, who has worked tirelessly to ensure that responders were deployed appropriately so that all tasks were completed to the highest possible standard and efficiency.We are ever so proud of our responders that really have gone above and beyond over the last five months. Thank you!

Below is summary of the final figures for our Covid-19 tasks: 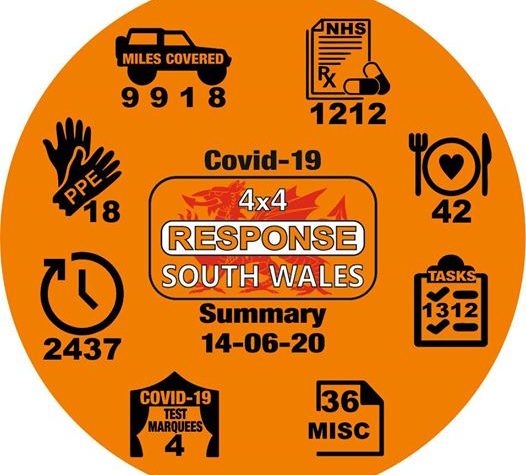 Day 91 and we are still going strong although demand for our services has started to ease which is a good thing as our volunteers are slowly having to get back to some form of normality. So here is another snapshot of what we have been up to during the current COVID-19 pandemic.

Congratulations to Ruben (6) for winning our colouring competition! 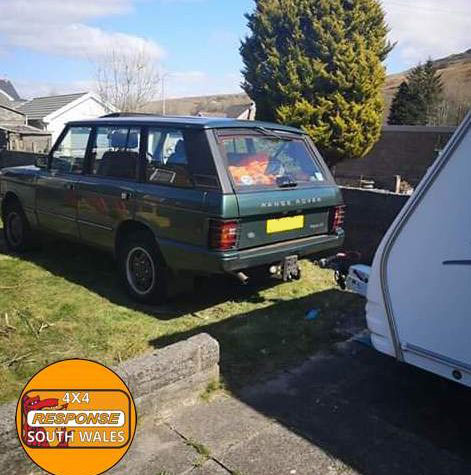 This has to be one of 4×4 Response South Wales more unusual COVID-19 tasks!

One of our Responders was contacted directly by a front line worker to see if it would be possible to collect a caravan. At first he thought it was a strange time for someone to be thinking about holidays, but then he got the full story.

The frontline worker was returning to work after a few day off at the start of the lockdown but she was concerned about passing anything on to her family, especially her young daughter. A friend had offered the use of a caravan to go on to her drive but it wasn’t possible to get it out of storage so the decision was made to buy one. Only one problem, no suitable tow vehicle……….

Step in our Responder Jonny Budd! As an experienced caravaner, Jonny was up for the task and so on the Sunday morning he made the short trip up the M4 to make the collection. Once back at the home address, the caravan was set up and everything was checked to be working. The task was completed without any problems. Result, one very grateful and relieved front line worker!

Cardiff and Vale University Health Board

With so many new agencies involved it has been a huge logistical challenge for our regional controller and responders to ensure we are able to complete all tasks supporting the most vulnerable members of our communities. The reputation and enthusiasm of our qualified, Enhanced DBS checked responders have resulted in many of these agencies making initial contact with ourselves for support, with many of them now choosing 4×4 Response South Wales as their primary call for support during these challenging times. 4×4 Response South Wales look forward to working closely with all of these agencies offering alternative means of support in the future. 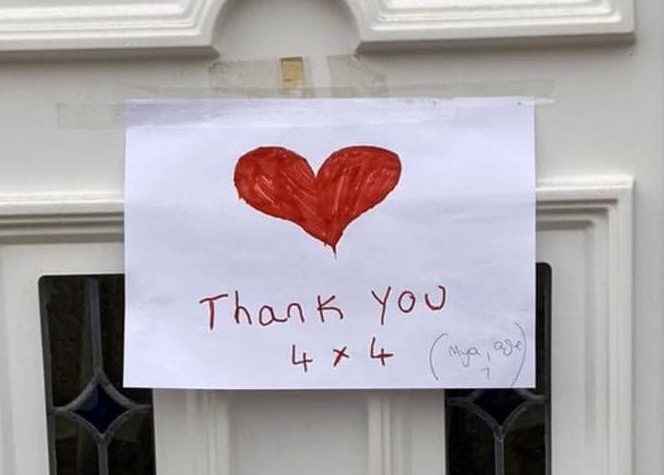 It’s just things like this that make it all worthwhile. This is what welcomed one of our Responders when out on task delivering some prescriptions. It’s just the small things that goes to show we are doing our bit in times of need during this current Covid-19 pandemic.

Today a number of responders were deployed by the 4×4 Response South Wales Regional Controller to undertake a monumental challenge. A couple of days prior our Regional Controller was approached by the area manager for Greggs to enquire if 4×4 Response South Wales were able to assist in distributing all the food from their local stores between Cardiff and Barry as they had to close today due to the COVID-19 pandemic. Greggs had already contacted some local food banks, however they were unable to handle the vast quantity of food in question. 4×4 Response South Wales were not willing to sit back and let all the good food go to waste. Our Regional Controller liaised extensively with the appropriate team at Cardiff County Council to put a plan in place to ensure the food got to those that needed it most. The first task of the operation was for our Responders to collect all of the fresh goods from the 14 stores, load it into their vehicles and transport it to the central Cardiff County Council hub. From the hub the food was then divided and then transported by the Responders out to various food banks and hostels throughout the region.

A massive thank you to all the Responders that volunteered to assist today, because of your actions the food got to those members of our communities that needed it most! 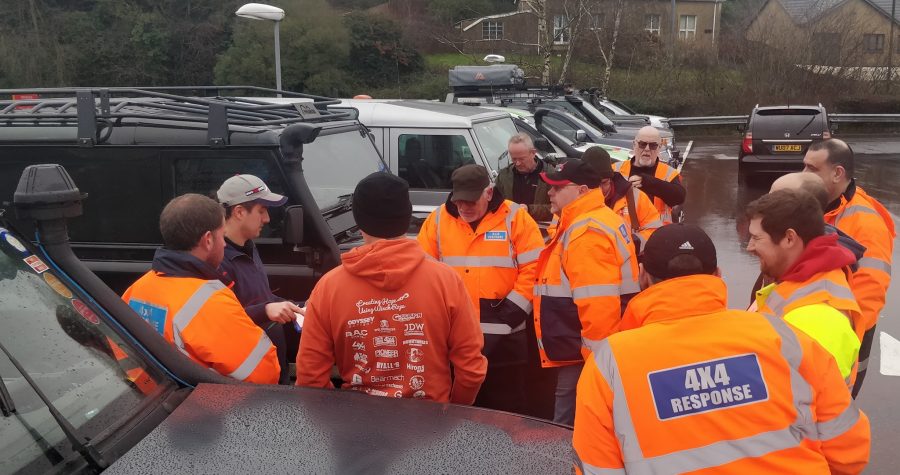 A successful deployment for the 4×4 Response Wales South Wales group helping with Storm Dennis. Throughout the day we assisted communities by transporting members of the public displaced by flooding back to their homes once the waters had receded. By doing so the temporary accommodation set up in the local sports center was able to close earlier than expected and move their staff and responders to different locations.

As well as this we assisted with the transportation of essential workers to Ysbyty Cwm Cynon Hospital in Mountain Ash. Staff were able to perform their usual duties without having to worry about transportation or the administration staff having to find replacements for their shifts. 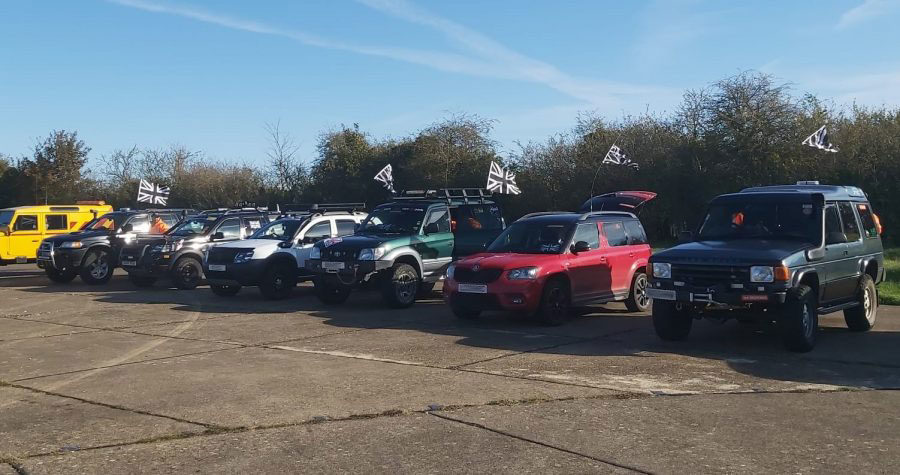 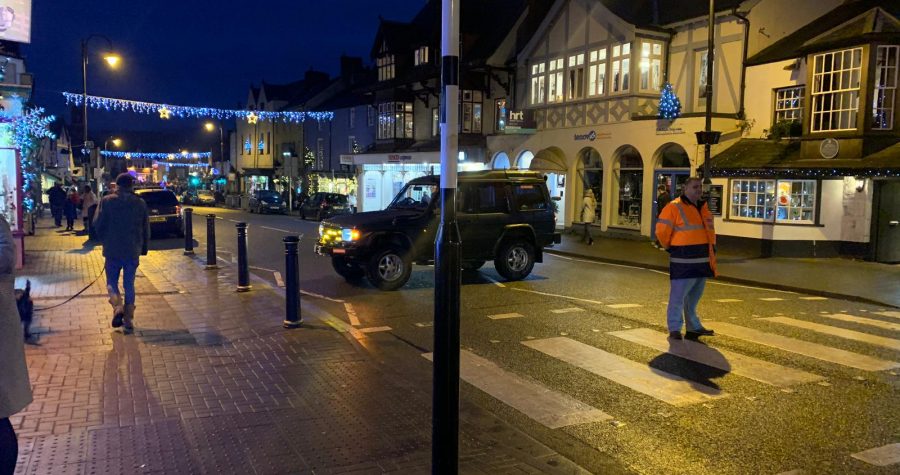 4X4 Response Wales Powys Group is feeling amazed at Rhyl Lifeboat Station.9 months ago
Photos from 4X4 Response Wales Powys Group's post
Rhyl Lifeboat Station
After a couple of weekends of storms and the groups across the country being on standby or attending call outs, a few of us took a visit to the RNLI lifeboat station in Rhyl to have a look around their latest Shannon Class Lifeboat and see it in action on a training launch.
Big thanks to the guys @Rhyl RNLI for showing us around this amazing machine and to the North Wales Group for organising the day and inviting us up.